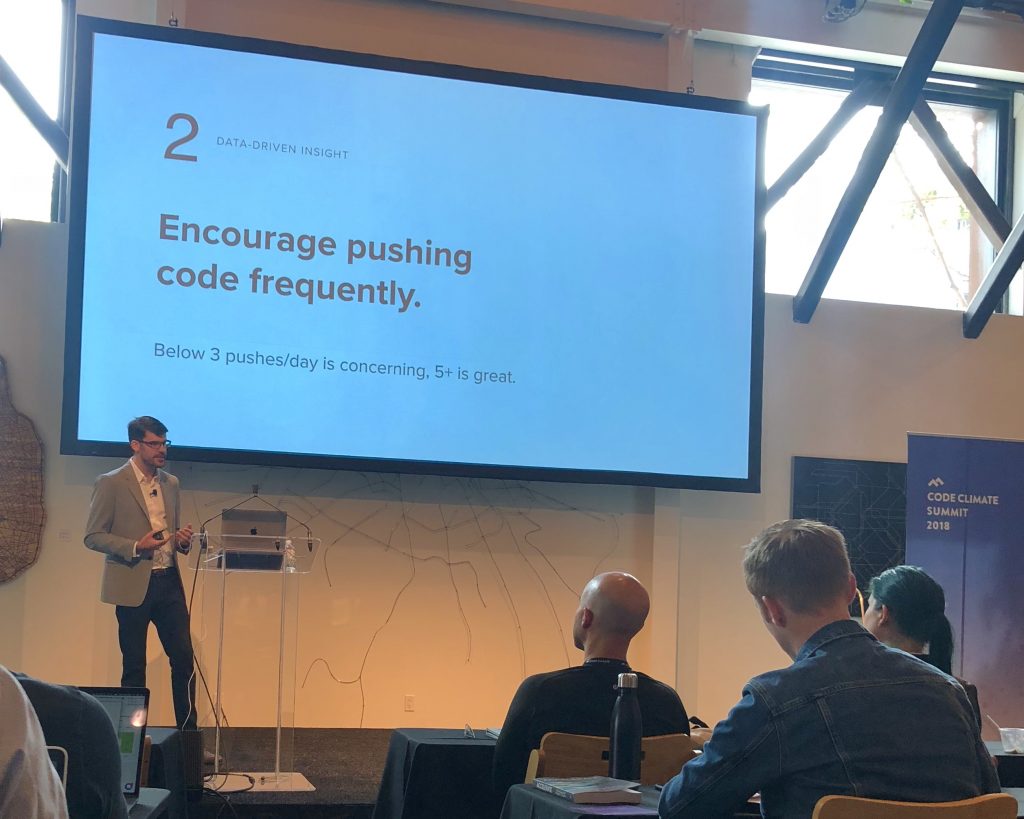 The happiest developers work on the most productive teams.
As a tiny engineering team, we can still keep these metrics in mind as part of our development process. The most important of these recommendations is to try to increase the number of days each week that I commit code. That means ensuring that I set aside time for Nimble Industries work every day. It’s also heartening to know that moving fast, committing fast, and merging fast, doesn’t break things. Instead, these are all essential qualities of effective software engineering teams. Even a team of two.
development management